Liaison Carbone is a particle physics at human scale.

"Our juggling matter emerges from the manipulation of a large number of objects, like physical matter is made of a large number of atoms. One doesn't see a few balls or a few rings anymore, but a whole set with a particular behavior, passing through solid, liquid or gaseous states, until it becomes living matter."

In 2013, after a four year teaching experience in Académie Fratellini, Denis Paumier continues the adventure with his former students. This show gathers five jugglers around the tradition and new tracks of the juggling language.

Le show was created in january 2013 in Le Manège (Reims) and the last performance took place in Théâtre de la Madeleine (Troyes) in march 2018, after more than 125 performances. 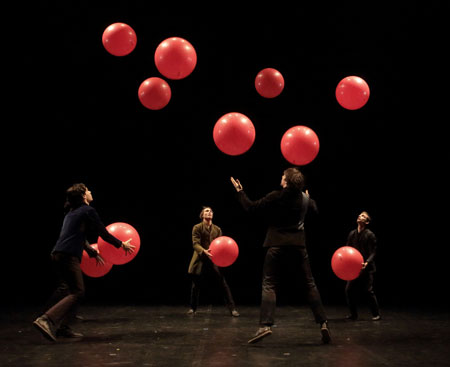 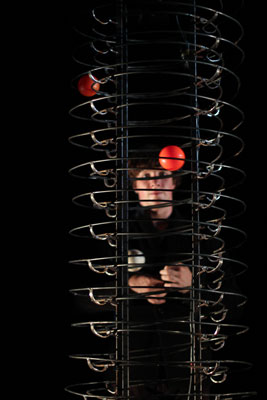 The interpretation of Prelude in C from J.S. Bach with musical tubes is dedicated to Luke Wilson (1976-2012).