The company Les Objets Volants creates juggling performances, and has been producing them in France and around the world since 1999. Through an eclectic repertoire, where juggling meets circus, theater, dance, visual arts and also mathematics, every show explores new relationships between human beings and objects. 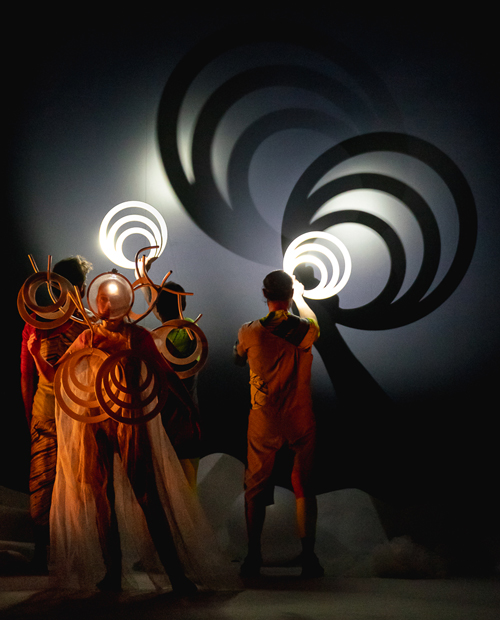 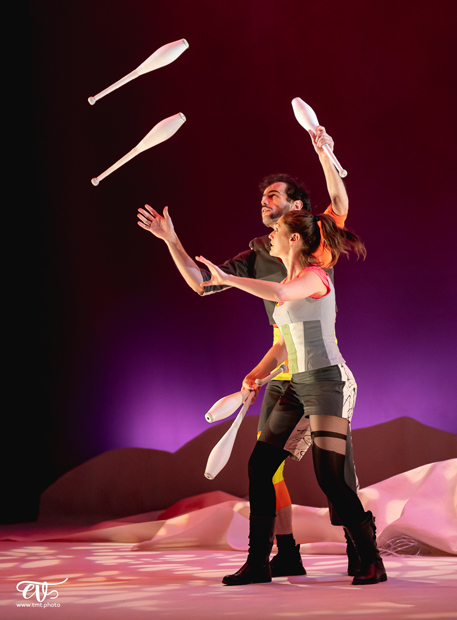 The company was founded in 1999, by Denis Paumier, Toon Schuermans and David Fischer, young 10th promotion graduates of Centre National des Arts du Cirque de Châlons-en-Champagne (France). The first show, Impers et Passes, is a trio which humorously mixed juggling, theatre, movement and music. Since then, other shows have been created with different people under the direction of Denis Paumier.

The juggling of company Les Objets Volants finds its roots in the explosion of this discipline in France, at the end of the 1980's. A few artists and companies, like Institut de Jonglage and Jérôme Thomas, innovate and propose new mixes, and influence the following generations.
The Centre National des Arts du Cirque forms artists like Didier André, Thierry André, Jörg Müller, Mads Rosenbeck, Laurent Pareti... then Denis Paumier, who will be greatly influenced by all the previous ones.
The juggling conventions allow numerous encounters, between jugglers of all countries. The most memorable encounters for us might have been with Maksim Komaro, Jay Gilligan, Ville Walo, Gandini Juggling, but there was many others.
The festival "Dans la Jongle des Villes" initiated by Jérôme Thomas in Malakoff (Paris), features in 2001 Michael Moschen from USA, Sergei Ignatov from Russia, and many jugglers from France, including Les Objets volants.
With all these influences, the company develops its own work and style, with particular ideas and techniques around juggling and object manipulation.